When students join a game with Nickname Generator turned on, they won't be able to edit or enter their name. Instead a random, safe name will be filled in for them. 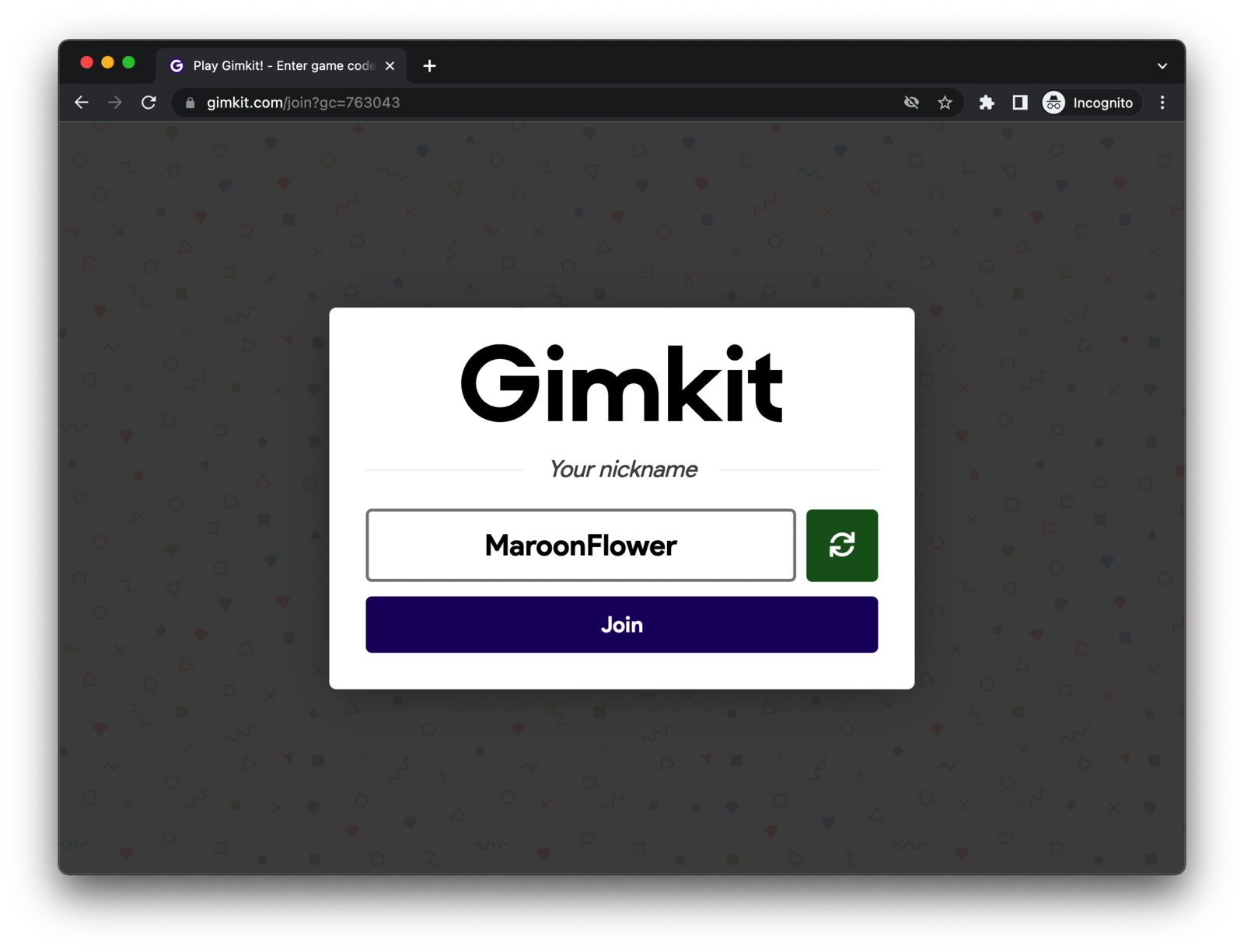 Students can click the green button to the right of their name to spin again, which generates another name. 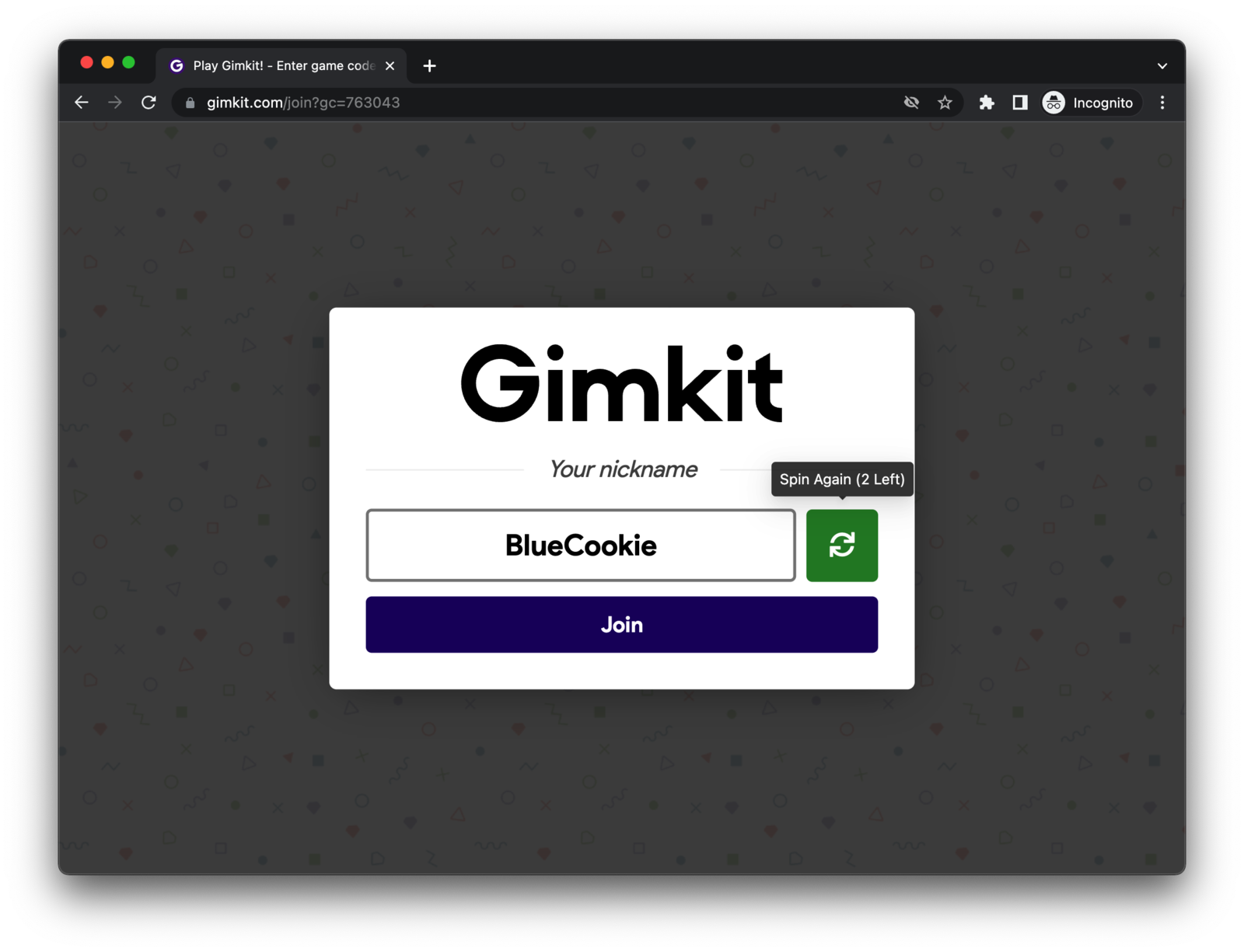 They can spin up to three times before they're locked in. 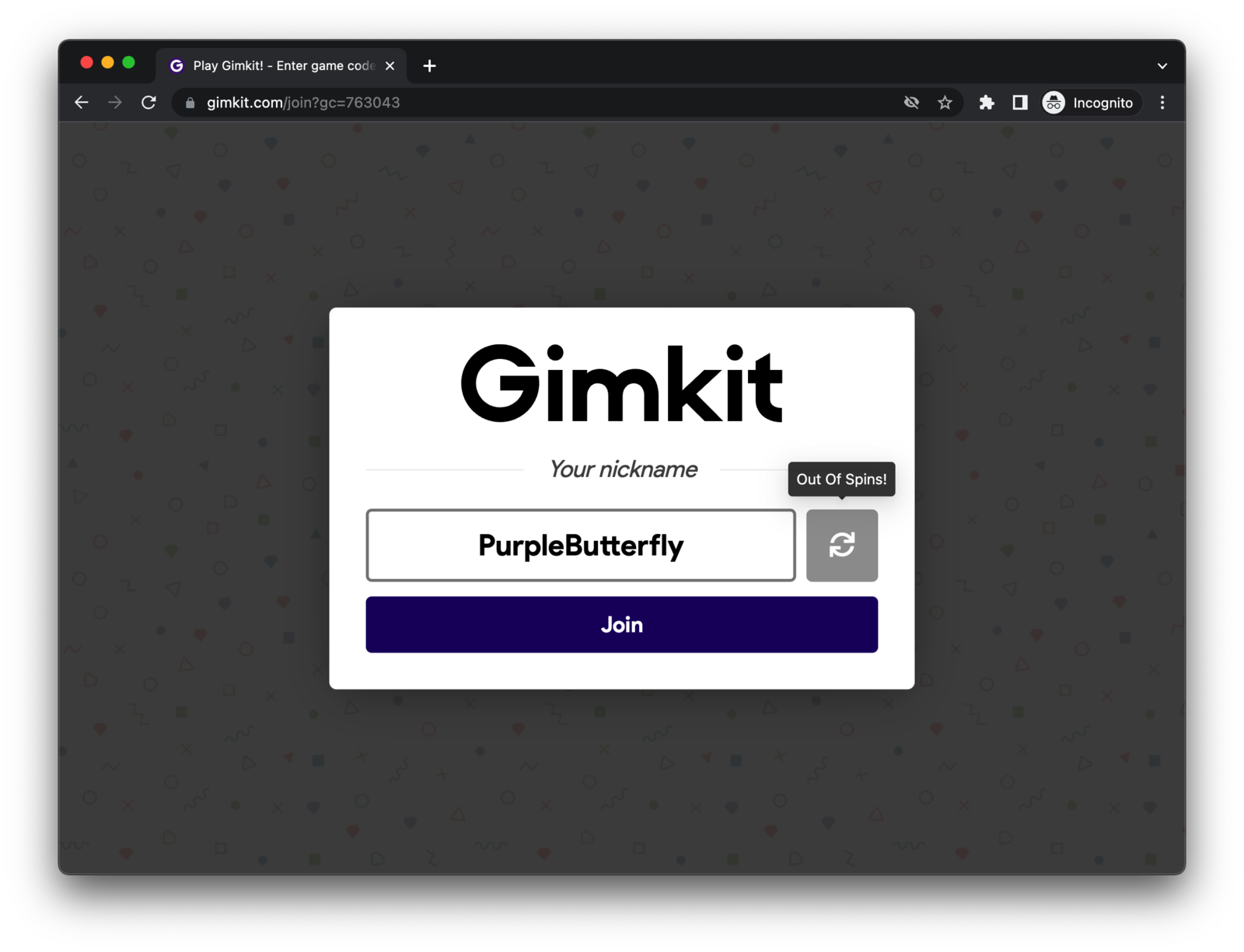 Hosts joining their own 2D games as a player with Nickname Generator turned on will also have a randomly generated name.Games hosted with classes won't have access to the Nickname Generator since classes uses student accounts to keep names clean and safe.

Was this article helpful?